Size Of The SQLite Library

The code space used by the SQLite library depends on the target platform, the compiler, and optimization settings. These variables also affect performance.

The chart below shows the relative size and performance for SQLite as of 2017-10-08 for various compilers and optimization settings as tested on Ubuntu 16.04.3 on x86_64. General observations: 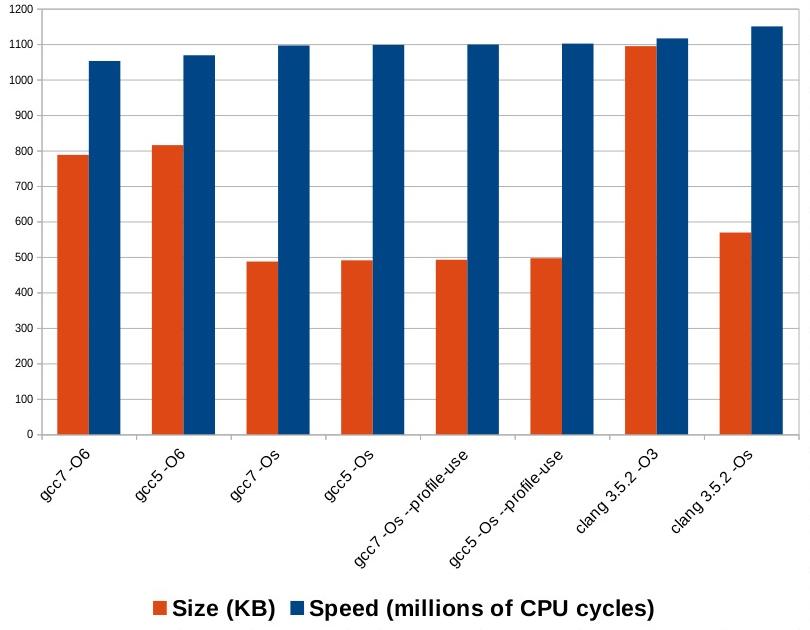